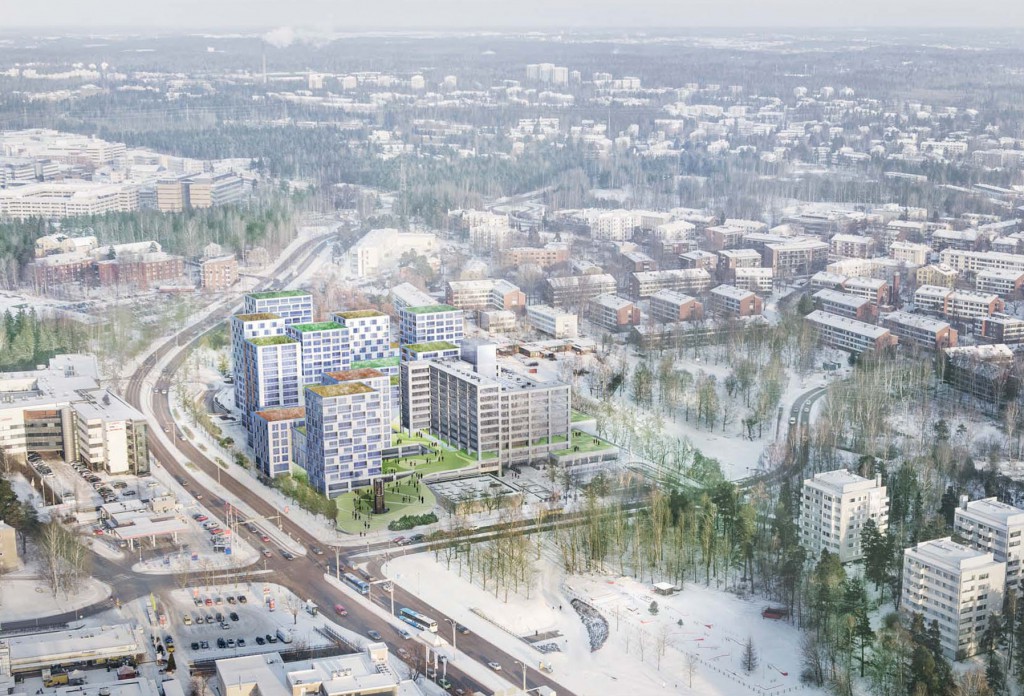 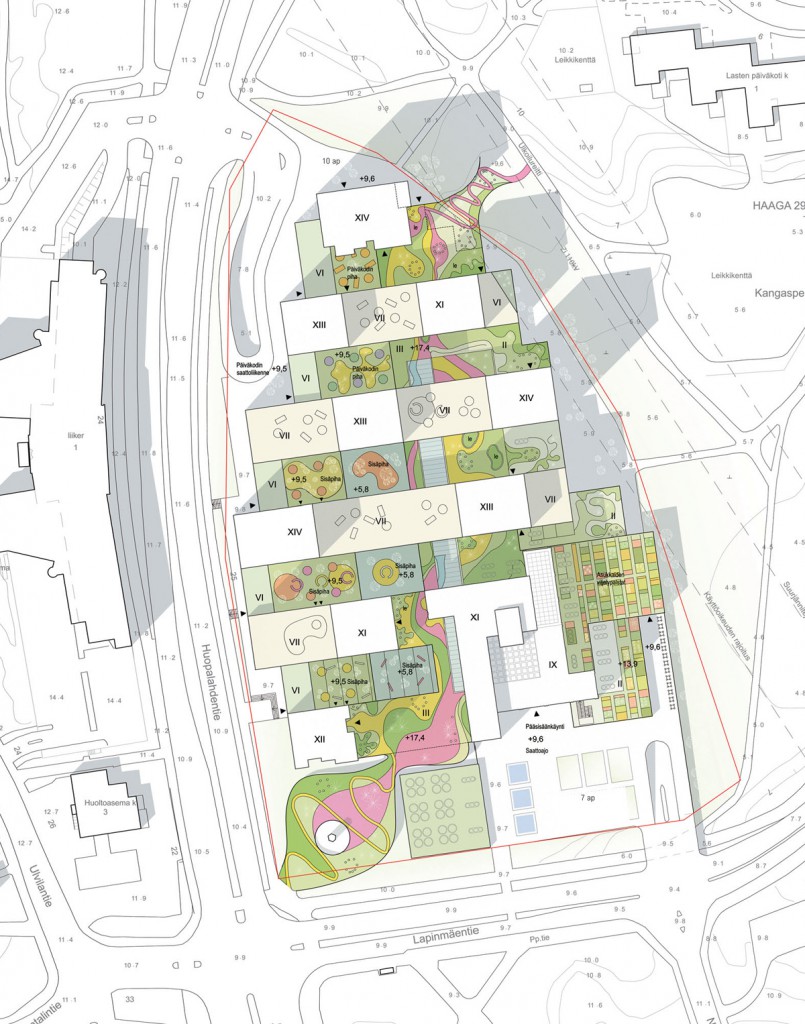 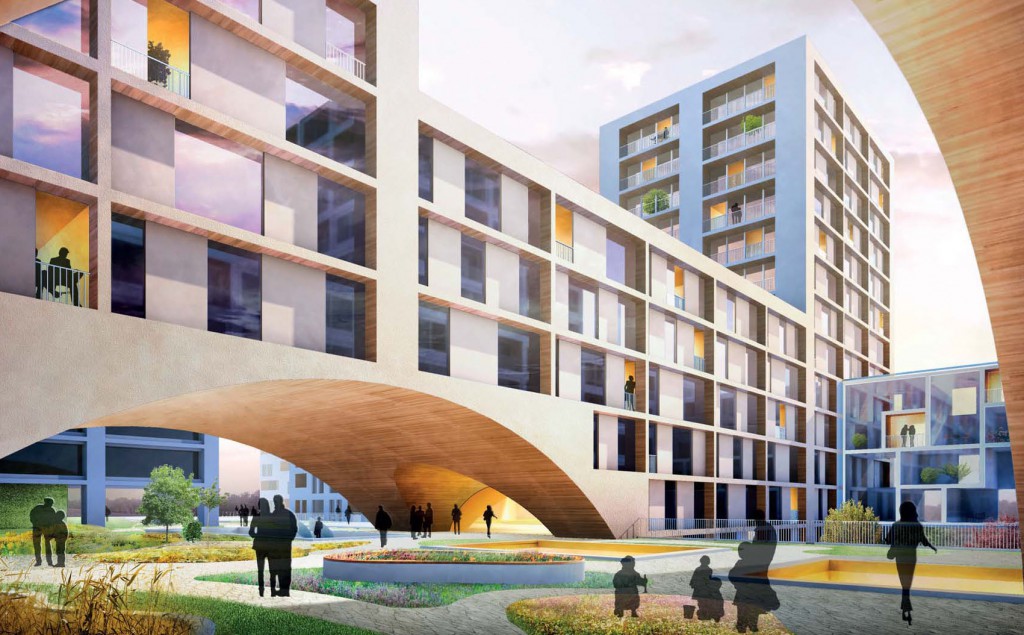 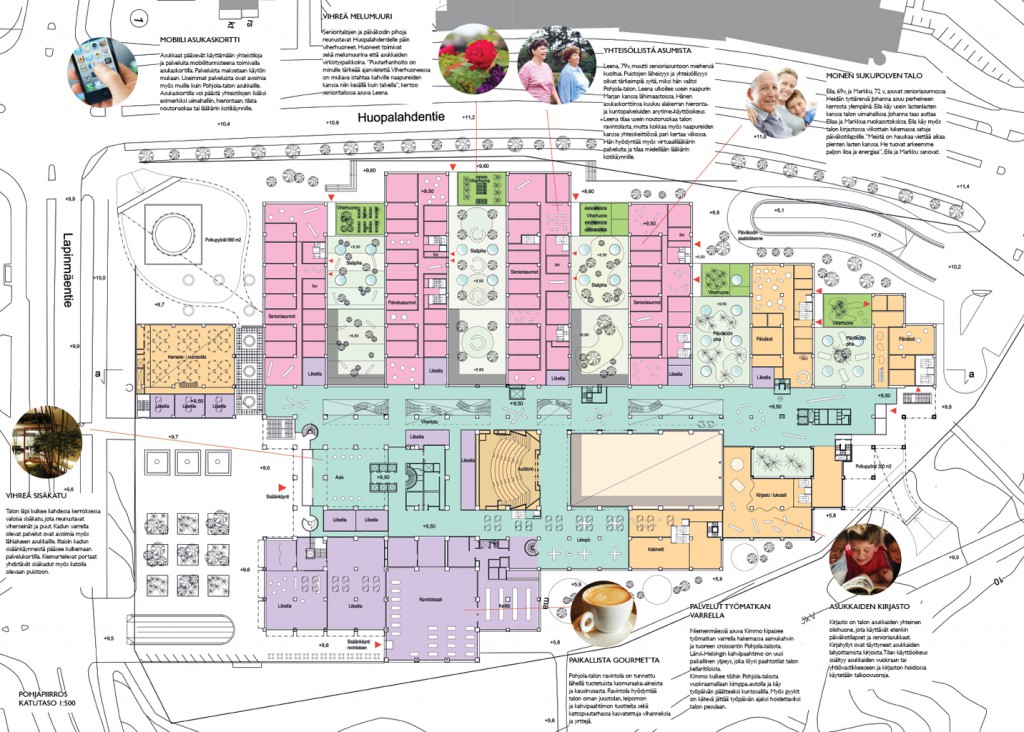 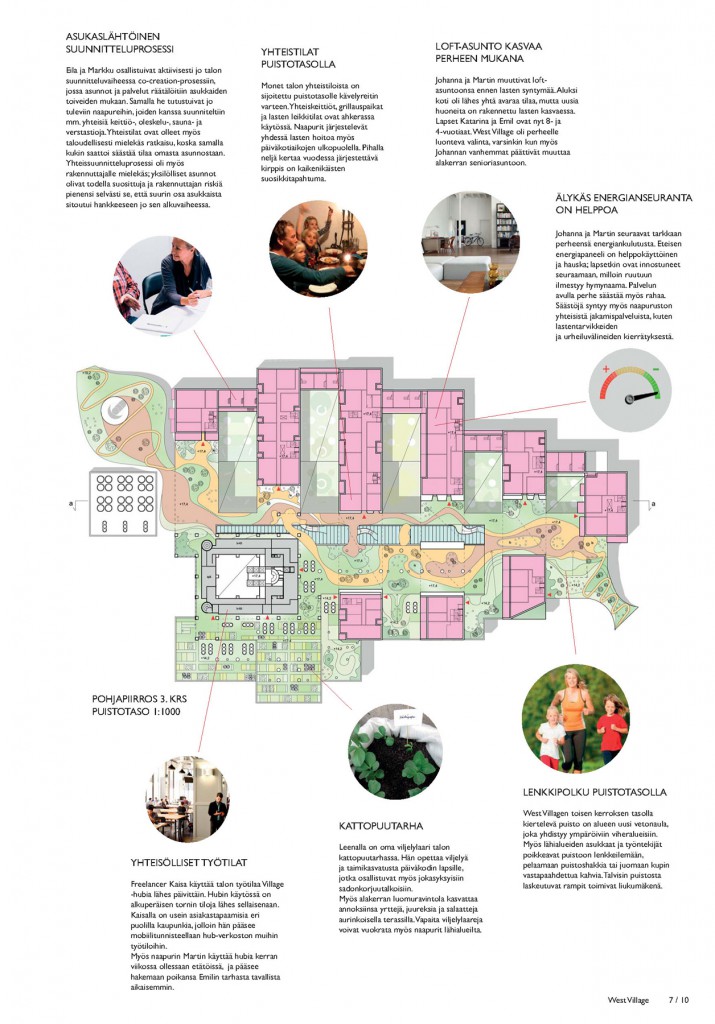 “West Village” is a competition entry by Huttunen-Lipasti-Pakkanen architects together with Urban Dream Management in an invited competition organized by W.P. Carey Inc., SRV Yhtiöt Oyj and City of Helsinki. West Village was given a honorary mention in the invited competition.The task was to turn the former Pohjola insurance company headquarters from the 1970’s into a mixed-use block adding another 50000m2 of floor area in the block. The Pohjola building is situated between Munkkivuori, Niemenmäki and Kultareuna residential areas in western Helsinki, along one of the main driveways leading towards Turku highway.

Our concept was a dynamic and almost self-supporting mini city that would develop into the hub of Western Helsinki. The block includes dwellings for different age groups, supported by its own services, a green deck and new public routes through the block. The architecture and service concepts support collective living across generations. The services focus on wellness, sports, local food and healthcare. The block is a resource efficient forerunner in self-supporting, smart energy solutions. The architecture of the new, dense building volumes reflect the style of the adjacent neighborhoods of Niemenmäki in the south and Kultareuna in the east.

Urban Dream Management’s role in the competition focused on concept creation, integrating the concept to future developments in Helsinki, ideating the service structure and visualizing the potential user personas of the block.