During the Easter weekend, Urban Dream Management had a chance to do a bit of local travel, driving through small countryside towns of Central Finland. In the foggy weather of early spring, the landscapes were quiet and meditative, not many people in sight. Yet, the grey-brown, melancholic sceneries had a strange, inspiring and soothing effect. The sleeping villages looked like they were waiting for something.

Even more than cities, these rural villages do need dreams. There are many places that still have their charm, but not enough people to make it flourish. At the village of Päijälä, we walked into a living proof of this: having parked the car at the courtyard of a building looking like an old school, a woman walking her dog came by and asked whether we were going to buy the school building. Hmm – not such a bad idea? The conversation went on and we got to hear a whole story of the village – characteristic to so many other places throughout the country. The woman had moved in the village in 1973, as an exception, though, coming from Helsinki. Back then, we heard, it used to be a lively settlement, with more than a hundred households and plenty of children. The school was still in use, local transport running, and even three shops. None of these exist anymore. When jobs are lost, people move to cities. The shop windows have been empty for long. However, a picturesque scene with a small river running through a settlement of small wooden houses and between the church and the school, still stands there.

We continued walking into an even more melancholic scene: on the roadside, a burnt house, still smelling of smoke, its chimney standing solo in the middle of the open roof. We could only wonder what had happened. But then, a more positive surprise appeared: a gallery in the woods. Following a road sign, we walked a long way into the forest and found another riverside settlement and a massive old barn, host to a summer gallery. 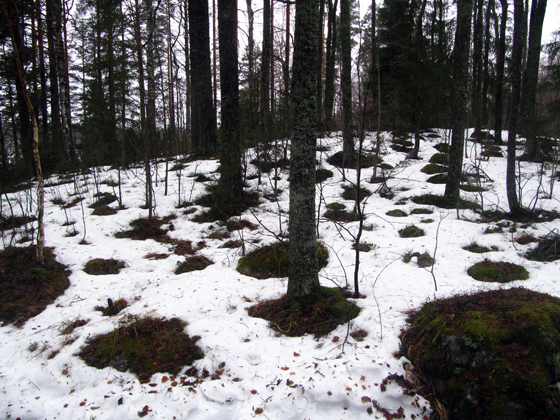 Recently, the appreciation of slow lifestyles, local food production and urban farming, has been growing considerably. It seems that there is a young urban population with a need to strengthen their relation to nature and combine traditions with contemporary technology. Could this contribute to a positive revival for the Finnish desolated countryside? Young people are already buying mills, dairy farms and old railway stations and turning them into homes, shops and cultural stations. Maybe the time of rural dream management is soon to come.

Judging by our Easter excursion, local travel is worth it; even in their melancholic winter sleep, the emptiest of villages are full of meaningful and unusual experiences. 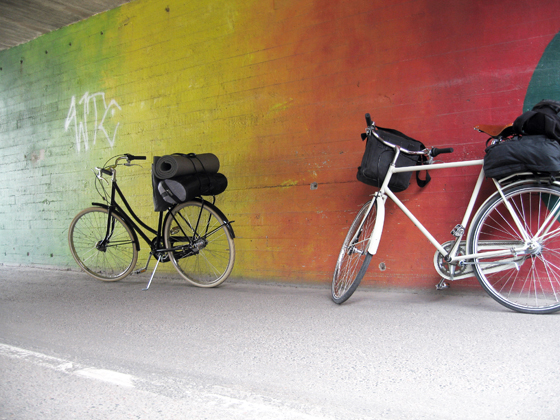