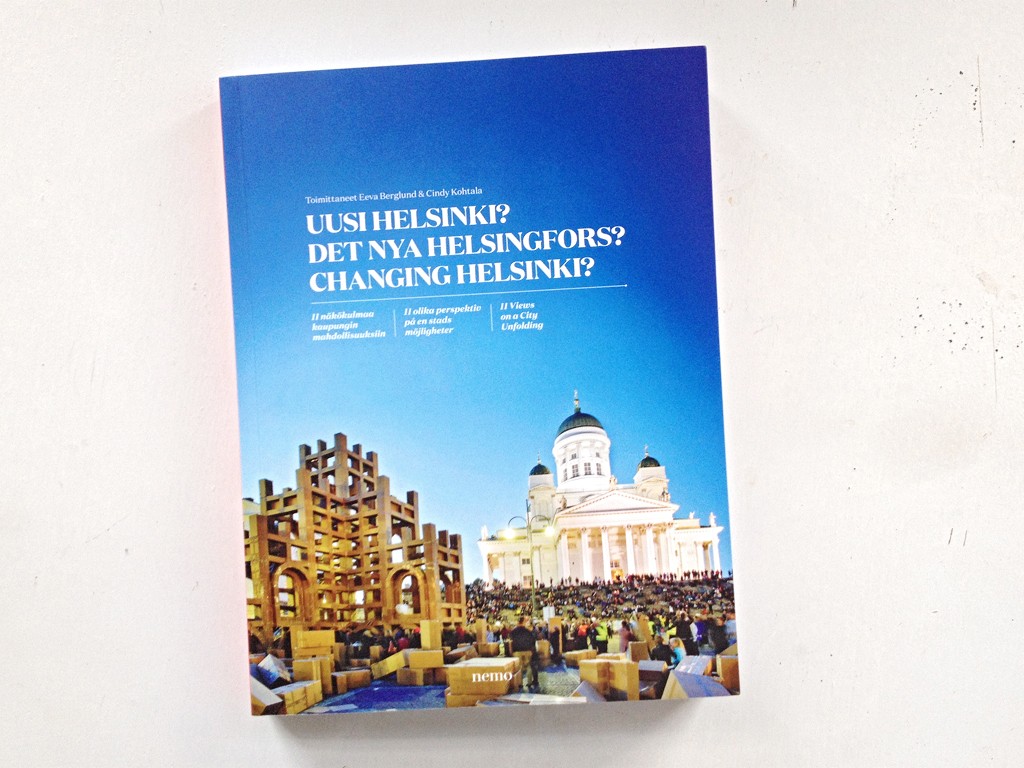 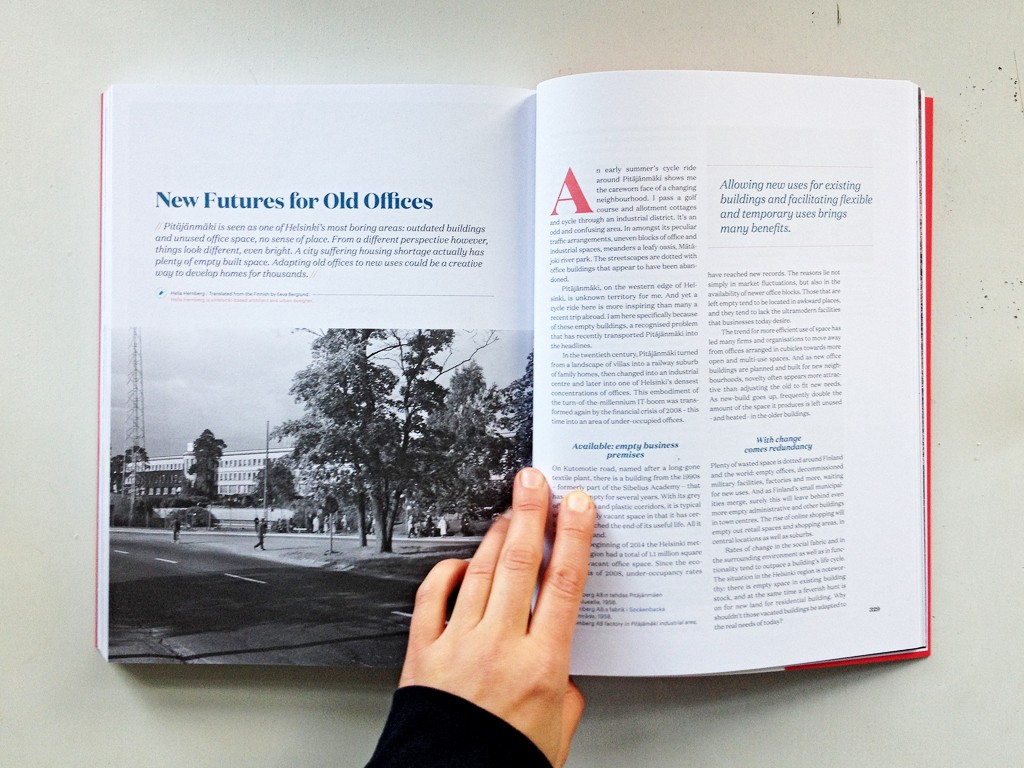 What is Helsinki’s future and are there alternatives? A new book in three languages, edited by Eeva Berglund and Cindy Kohtala and published by Nemo, looks at the pocket-sized metropolis, its development and future with a loving heart and a critical eye. Uusi Helsinki? / Det Nya Helsingfors? / Changing Helsinki? was published last Sunday at Helsinki Book Fair. I as one of the eleven writers joined an afternoon discussion at the fair, with co-authors Eeva Berglund and Tarja Nurmi.

The book is written by professionals who share their views and stories about 11 parts of and angles on the city. Could vacant office space be transformed into homes? Does building within city limits have to mean clearing away its forests? What might the authorities learn from the residents who have occupied buildings, set up meeting places as volunteers to protect cherished built heritage? What is it that is unique about Helsinki? The book is a thick package full of interesting and topical issues, and with the beautiful layout by Matti Berg, also very pleasing for the eye.

My article, New Futures for Old Offices (or in Finnish: Uinuvan toimistoalueen renessanssi) is about Pitäjänmäki as an emblem of the underuse of office buildings, but also an area with lots of potential. Why shouldn’t those vacated buildings be adapted to the real needs of today? Accepting and facilitating change sets the planning and management of urban space into a fresh light. Both at the level of buildings and the city as a whole, it calls for a new logic, one of adaptation. 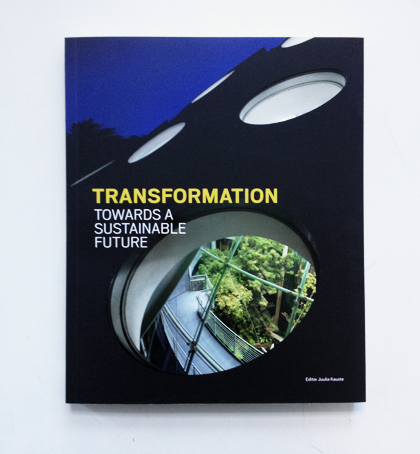